There is much written about what to do and what not do at sales kick-offs. I’ve written a few blogs myself, including “The Definitive Sales Kick-Off Checklist” and “Next Generation Sales Kickoffs.” I’m passionate about sales kickoffs and want to help every company have amazing kick-off experiences.

One of the best sales kick-off events I had the good fortune to help organize was in 2016 with one of our customers at SalesHood. As much as I appreciate all the great events we ran during my time at Salesforce, there was something really special about this event we planned and executed together. Everyone talks about ways to optimize a sales kick-off event to get teams sharing and learning pre, during, and post event. Many do not execute as planned or envisioned as this company did. With a few short weeks before the event, we decided to plan and execute the most engaging kick-off event ever with active learning pre, during, and post the event. We started working together mid December for a early January sales kick-off event.  Time was critical so we executed under a very short timeline. Every day mattered. We did not want to lose a quarter. We wanted to hit the attainment numbers for the quarter and get a fast start on the year.

The first step in our journey was to diagnose the issues and build a sales kick-off plan that was aligned with their sales enablement and revenue goals. We concluded that there were issues with messaging, sales execution, and sales discipline. They had issues across the sales strategy board. The corporate pitch was not consistent. Compelling events were not uncovered in deals and mutual plans were not completed either. Deals were also not updated in their sales system. Their teams were not saying the right things to customers. They were not executing the right sales playbook consistently. They were not reporting back to their managers what was going on in their deals. There was a lot of work to do. With this information in hand, we created an amazing program that moved the needle in weeks or months. Our goal was to accelerate learning by front-ending the event with assessments, surveys, and pitch practice to better inform our event agenda, keynotes, and workshops. We identified content and learning goals that we carried through the pre-work, onsite event workshops, and post-event reinforcement.

We filled the pre-work with some content and coaching around the sales execution and messaging topics we identified that needed to be improved. There were videos created by the CMO on the corporate pitch along with speaker notes and coaching aids. The participating teams were required to watch the videos and record their own pitch. Then, they were asked to review and score at least three peer pitches as well. The CMO quickly knew where improvements needed to be made just by listening to a few pitches. The pre-work path was enriched with sales process videos on topics like compelling events and mutual plans mapping to the goal of improving sales execution. The teams watched the videos and then were asked to pick a deal. share the compelling event, and draft a mutual plan as well. They did all this asynchronously  before they showed up to the event. Every salesperson was asked to complete the sales execution tasks and managers reviewed and provided feedback too. Sales hygiene content was shared as well, ensuring expectations were clearly outlined around reporting deal activity.  Finally, each person was asked to answer questions about their goals for the upcoming year and their obstacles to achieve them. The answers to these questions were highlighted in one of the event keynotes. Everyone showed up to the event ready and pumped up because they started collaborating and engaging with their peers ahead of time on topics that were aligned with revenue and company goals.

Normally what happens at sales kick-off events, is this amount of content is shared at the event and not delivered as pre-work. By introducing the content before an event, the learning started early (before the event) and the path to successful outcomes is accelerated. With this approach, the answers to the questions are reviewed before the event and used in keynotes and workshops. Everyone is learning including the leadership team. By following this approach and best practice, senior leadership is getting access to the sentiment and knowledge of their teams much earlier. They are able to use this information to shape their keynotes and interaction with teams at the event.

What we did next was truly game-changing. The entire event agenda mapped to the pre-work content. The sessions at the event were a direct follow up from the online pre-work. They had the answers to the questions and pitch recordings because content was used to accelerate learning and outcomes by sharing observations. The speakers had aggregated answers and were coached to incorporate observations into their presentations. The CMO shared pitch videos from the top performers on stage. Besides celebrating best practices, the CMO was able to share real insights into where the teams did well on the pitches and where their pitches could be improved. Normally this cycle of reinforcement would span six to twelve months versus days and weeks.

The sales leaders were able to uncover sales execution issues around compelling events and mutual plans now versus the end of the quarter. Rather than seeing issues bubble up from missed deals and bad forecasting, the teams were educated on ways to overcome challenges they were going to face. The sales leaders could easily diagnose what was happening and what needed to be improved in real time because the sellers diligently completed the pre-work. Their pre-work submissions were as material as real deal activity.  Their observations were addressed in workshops during the sales kick-off agenda. The managers showed word clouds of their team’s answers and highlighted where the teams were slightly off in their thinking. They started their workshops with those insights, captured the attention of their teams by using their words, and drove down sales cycle time. They accelerated outcomes and sales coaching from years and months to weeks and days.

After the event, their teams were asked to go back and redo their pitches and complete their exercises again with the feedback and coaching in mind.

The results were spectacular.

The organization had a great quarter and built a strong foundation to overachieve and improve all their sales metrics. Engagement was super high. I spoke to many of the members of the team and they overwhelmingly said this was the best sales kick-off they have ever experienced because of the orchestration of the content pre, during and post the event. 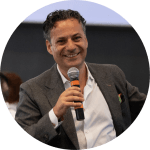 Based on my experience leading Sales Productivity at Salesforce, accelerating revenue from $300M to $3B, we’ve packaged our proven methodology into SalesHood, helping client after client achieve record breaking revenue growth.